Seventh Pay Commission implementation finally got “Yes” nod from Cabinet. Indian government has approved all recommendation of seventh pay commission and it will be implemented soon, 14.27 per cent of salary hike, pension hike, arrears will be provided to central government employees Very soon. 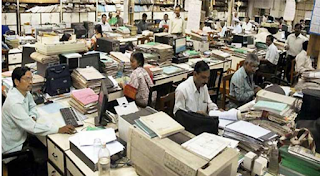 On the below table you can check how much change in your salary (basic) will be added after seventh pay commission;

Every pay commission has increased salary by 23-25% in past all commission, but 7th pay commission hike is the lowest in last 70 years, post independence.
Source :- https://doe.gov.in/seventh-cpc-pay-commission

Recommendations of #7thPayCommission to be implemented from 1st January, 2016, arrears will also be paid in this year: FM Arun Jaitley