Skip to content
The Government of India announced recently about the launch of sovereign gold bonds and a unique Gold Monetization Scheme in an offer to keep away Indians from buying physical gold. Here, in this article we have included everything about both the schemes.

Benefits of Gold Monetization Scheme by Govt Of India

Update :- After Strong push from indian citizens, Siddhivinayak Mandir Mumbai is going to deposit 40KG Gold in Gold Monetization scheme and will earn 2 to 2.5 per cent interest rate which will be around Rs.69 lakh per year. Tirupati Balaji Temple and Shirdi Sai Baba temple to follow this suit too. A big push for modi govt scheme.

Update :- After 1st week of fiasco, the Gold Monetization scheme has picked up well. 63000 applications for 917 kgs. gold amounting to Rs.246 cr in first tranche has been received (confirmed by Min. of Finance). 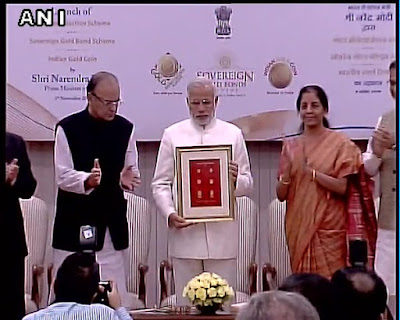 What is Gold Monetization Scheme and how it will work?

GMS is new scheme like Tax Free Bonds where you can save your gold in banks and government will pay you interest on saved Gold. The below flowchart will explain the gold monetization scheme and how it works, better the picture speak; 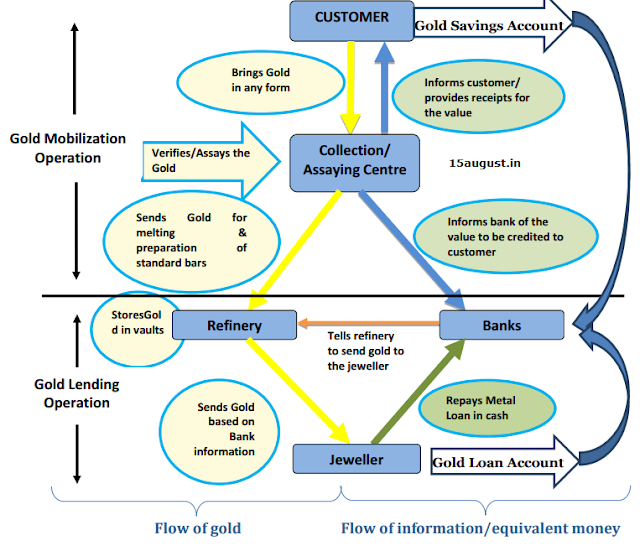 Update 1 :- On 25th October, 2015, Prime Minister Narendra Modi has mentioned Launch of “Gold Monetization Scheme” before Dhan Teras (Diwali festival) in Mann Ki Baat. So, you can get interest on depositing gold in bank. Also, Prime minister has informed the nation that,GOI will also launch Ashok Chkara mentioned Gold Coins in 5,10 and 15 gram. 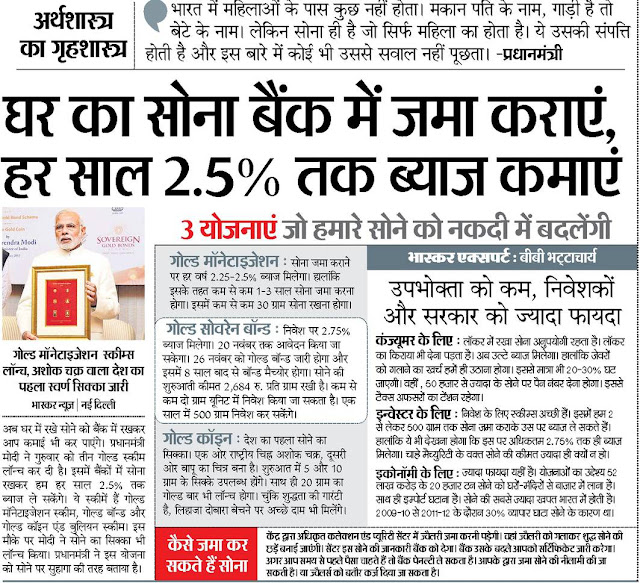 The objective of the Scheme is to mobilise gold held by households and institutions of the country and facilitate its use for productive purposes, and in the long run, to reduce country’s reliance on the import of gold.

Here is the information about the two Gold Monetization Schemes:

1. The sovereign gold will allow the investors to purchase gold certificates from the government of India and that can be later covered for money and physical gold.

2. The gold bonds will be launched in denominations of 5, 10, 50, 100 grams of gold. Moreover, the cap per person per year will be set at 500 grams according to government.

3. In addition, gold bonds will be launched with a rate of interest decided by a government. Moreover, the interest will be intended at the time of investment.

4. Furthermore, the gold bonds will probably diminish the demand for physical gold bars and coins by changing a part of approximately 300 tons per year for asset into gold bonds.

5. In addition, duration for such gold bars will be for at least 5 to 7 years to defend investors from average term instability in gold prices.

6. The gold monetization scheme also includes mobilization of tones of the yellow metal stored in household and temples.

7. The gold monetization scheme will allow depositors to get interest on their gold accounts. In this scheme, the minimum quantity of gold must have to be deposited is at 30 grams.

8. In long term, the gold monetization scheme will lessen country’s confidence on the import of gold as well as put it to creative use.

9. Moreover, the gold monetization scheme will cut down the expense of imports therefore dropping foreign exchange outflows. In addition, as per the estimate, India paid $34.32 billion to import around 930 tonnes of gold in the year ending March 2015.

10. However, the stocks of gold in India are estimated to be more than 20,000 tonnes, most of this gold is not even traded and not monetized also. Gold gathered via the scheme will be available to jewelers for mechanize of new jewellery and other items.

There some charges which are better known before investing in this investment scheme. you have to pay melting charges, testing charges, melting loss charges etc. Below is detail table of charges. 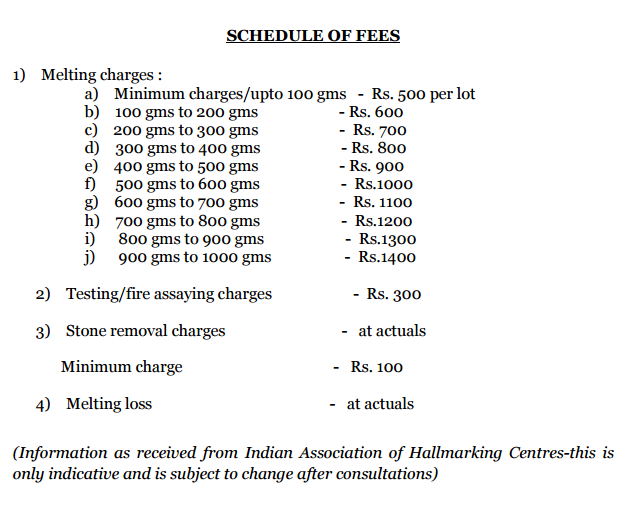 These are the two Gold monetization schemes which will be beneficial for all of us. Do you have any query regarding it? if yes then please leave comment below!

If you want to invest in other schemes like SIP Mutual Fund and Atal Pension Scheme.