Update :- Out of all states, Yogi Adityanath‘s Uttar Pradesh Govt started 112 Emergency Helpline. UP govt runs 112 Twitter handle for the same. You can call 112 or tweet them, they will provide immediate assistance from UP Police, Fire, Ambulance or other emergency services anywhere in Uttar Pradesh. 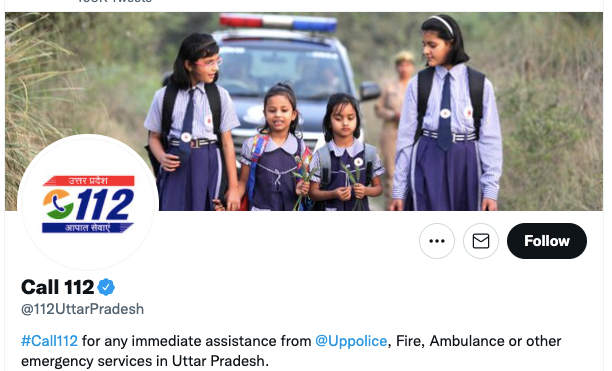 Now all the above mentioned numbers will be scrapped out. Yes, TRAI (Telecom Regulatory Authority of India) is about to announce the emergency number soon. Currently, 112 is being redirected to 100 (police department). Once the back end work is done, you will get emergency help by dialing single number, 112.
A centralized call center will be set up in each state with synchronized to local police, hospitals, fire brigade and all other emergency department. After it lunch, you can call 112 for any kind of help, no need to remember any other number, just keep in mind Single National Emergency Number.

Well, 112 have many related stories with it. 112 right now is most used emergency number or you can say it is global emergency number, used in almost 80 countries all over the world as emergency number. Even in USA, if you call 112 it redirect your call to 911.
Another thing related with 112 is old Trivia. In old times when there was landline phone with round shape numbers, 112 was the easiest number to dial. Also, women in India and kids feels fear to call 100 as most of people are not have dealt with police in life and don’t want to make it.
Also, The number 112 is already used as the common emergency number in all member states of the European Union as well as several other countries of Europe and the world.
And small children (and even in unlock condition) end up calling 111 or 222 (or similar string numbers), so TRAI has avoided such numbers and finalized 112 as National Emergency Number of India.

Currently active emergency number which will be Flash out

As of now, we have below mentioned emergency numbers which are going to die soon;

Enjoy India; you are going to get Single National Emergency Number soon!