Skip to content
Good news for everyone! Our prime minister Narendra Modi has changed and modified the LPG gas subsidy scheme recently. Let’s know what are the new rules and regulations for LPG gas subsidy. LPG Gas Subsidy (PAHEL) is now one of the best subsidy scheme in india, closing doors of bribe and corruption. 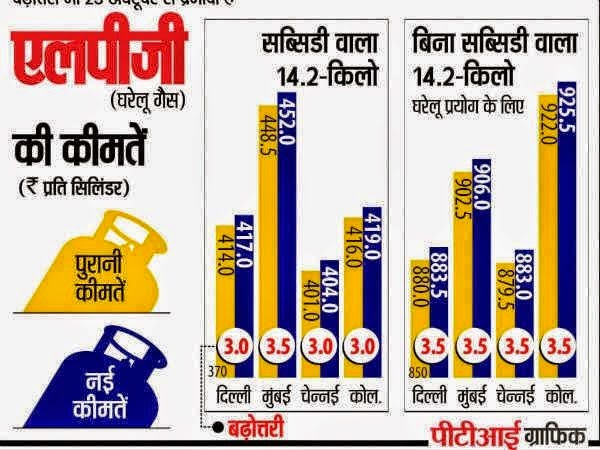 Am extremely happy to know that PAHAL scheme has set the Guinness world record for the Largest Cash Transfer Programme. @GWR

Sonia Gandhi announced to transfer subsidy direct in customer’s bank account. Moreover, she declared that you will compulsory need Aadhar Card for that. Now, Prime Minister Narendra modi’s office has fixed the subsidy on domestic LPG gas at 568 Rs per cylinder. However, the Prime minister’s office has decided not to change the consumer price till current fiscal year ending March 2015.

Furthermore, during the meeting at PMO office the subsidy for domestic LPG has been set to 568 rs per cylinder of 14.2 kg. In addition, it will be common between government and public sector upstream oil companies Oil & Natural Gas Corporation, GAIL India, and Oil India Limited.

Before the changes in LPG gas subsidy, you can not get the subsidy without Aadhar Card. Now, you can get the advantage through modified direct benefit transfer scheme. In addition, now bank account is necessary but aadhar card is not required to get the subsidy.

Who will get the benefit of LPG gas subsidy easily?

What are you waiting for? Don’t waste your time and just join the modified direct benefit transfer scheme for LPG gas subsidy. Good luck!