Skip to content
Beti Bachao Beti Padhao (Save Girl Child), Are you familiar with the new program announced by our honorable Prime Minister Narendra Modi Ji? He announced a new program for girl child and it is named as ‘Beti bachao’ program. Let’s know more about it in detail. 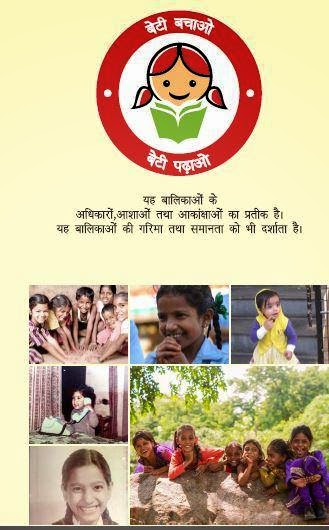 Our prime minister shri Narendra Modi has announced Beti bachao program few days ago. He will launch the programme in panipat on January 2015. In addition, under this programme, an enormous campaign would be run for the welfare and safety of girls. This was revealed by the chief minister manhor lal during the meeting of officers of district Bhiwani. He added that “The declining sex ration in haryana and the country is a cause of concern and the programme would seek to correct the imbalance.”

What is the survey?

Furthermore, this beti bachao programme announced by NaMo aims to address the girl child ratio and empower girl child in the country. According to the 2011 survey the number of girls per 1000 boys in haryana in 2011 figures at 879 only. Below image shows about each and every state child sex ratio in india. Why we need “Beti Bachao Beti Padhao” Program.

In addition, PM Narendra Modi said that “As a society we all have a responsibility and we have to be aware”. He also added “We do not have the right to kill the girl child.” He also urged to people to change their mindset and said “The thought that only a son can take care of parent at their old age is wrong thing.” He said “Beta Beti ek samaan”; this should be everyone’s mantra. Isn’t it wonderful? Yes!

Bollywood Film Actress and Popular movie actress Madhuri Dixit Nene is appointed as brand ambassador of Beti Bachao Beti Padhao program. She will campaign for this program and make it viral, help this program to reach it each and every corner of india.

Narendra Modi also pointed one amazing thing and it is that “People want educated daughter-in-law but when it comes to their daughter they think twice before educating them. This is not happening!” he also told to doctors that “Society has made you doctor not to kill girl child but to save lives, reduce pain, and illness as well.”

This beti bachao programme announced by Narendra Modi is a wonderful thing ever happened to girl child. Why kill innocent girl child everyday? Please save girl child and spread the word as much as you can!

Recently in “Mann Ki Baat” Programm, Prime Minister Urged people to celebrated Beti Bachao, Beti Padhao by Clicking picture with daughter and post it on Twitter. it was called #SelfieWithDaughter campaign and it was quite popular in all over india and worldwide too. Many people posted pictures with their daughters on twitter.

The idea was adopted from a Sarpanch (गाव के मुखिया) of Haryana State, who started this campaign in his village and Prime Minister liked it and urged people to follow it to boost Save Girl Child campaign.