One of the ambitious highway projects of India, the Delhi Mumbai Industrial Corridor, or say the DMIC is an under-construction access-controlled 8-lane road connecting two important cities Delhi and Mumbai. Popular by the prefix Delhi Mumbai Expressway, this route is built up to reduce the traveling hours between the two metropolises to nearly 12 hours. No doubt the land acquisition process in Haryana is completed, but the land acquisition process in other linking states like Gujarat, Madhya Pradesh, and Rajasthan is still pending. 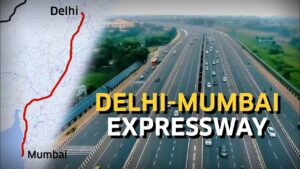 Delhi-Mumbai Expressway is a part of the connectivity quotient linking various cities of India announced by the Central Government under the Bharatmala Pariyojana. And this project would connect two essential cities Mumbai and Delhi. The expressway is sure to reduce the current travel time of 24 hours to 12 hours. The expressway is estimated to get developed at around Rs. 1 trillion and will pass through four other states of India including Gujarat, Madhya Pradesh, Rajasthan, and Haryana. The expressway is around 1386km long. The project was expected to be ready by December 2020. However, due to the pandemic situation, the completion is now revised to March 2024.

Some of the special features of the expressway map include roadside amenities like food courts, ATMs, retail shops, fuel stations, etc., environment-friendly facets, e-Highway, wildlife crossings, and much more.

Through this piece of information, let’s learn about this mesmerizing project in detail.

What is the route of the Delhi-Mumbai Expressway?

The Delhi Mumbai Expressway route connects five states of India including Maharashtra, Gujarat, Madhya Pradesh, Rajasthan, and Haryana. According to the Ministry, the Delhi-Mumbai Expressway would initiate from the DND flyway (Delhi) and would end up in Sawai Madhopur (Rajasthan) after passing through Jaipur. From Sawai Madhopur, it would continue its route to Ratlam in Madhya Pradesh and Vadodara in Gujarat.

For a brief idea, let’s go through the expressway route map in different states in detail. 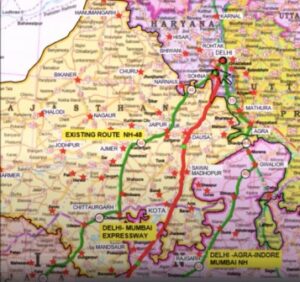 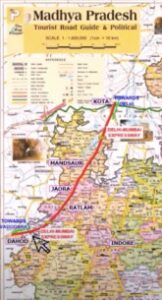 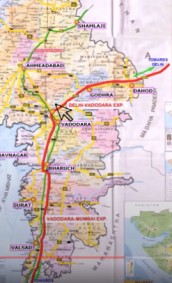 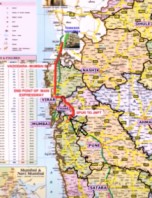 What is the current status of the Delhi-Mumbai Expressway Project?

According to the route, the Delhi-Mumbai Expressway would be connected with the Noida International Airport, Jewar. Again, the link road would also connect at the Faridabad-Ballabgarh bypass. Hence, the tender for the Faridabad bypass to the Noida International Airport is given to Apco Infratech Pvt Ltd by NHAI. The GR Infraprojects also emerged as one of the successful bidders for the construction of the Dausa-Jaipur section. Apart from all these, nearly 710km of the total route is under-construction as the work of nearly 41 construction packages has already been awarded out of 52 packages by NHAI.

When Will Delhi Mumbai Expressway Opening?

The Entire Expressway between Delhi to Mumbai will take at least 2024 End (as you can see in the above physical work Progress and status). But the First Phase of the Delhi Mumbai Expressway, Sohna (Haryana) To Dausa (Rajasthan) (packages 1 to 7 in phase 2)will be opening by End of 2022.

The Delhi to Mumbai Expressway would be one of the longest expressways in India giving out various tourist attractions on the way. Hence, the travelers would be able to site-see various popular monuments located in financial hubs and cities like Jaipur, Ajmer, Udaipur, Ahmedabad, Surat, Vadodara, Daman, and Mumbai. Nearly 80 lakh tons of cement would be utilized for completing the project and the project would also create employment opportunities for thousands of talented civil engineers and other personnel for constructing the expressway on time.