Have you heard about the Reserve Bank of India’s amendment in Rs 500 and Rs 2000 notes? Not yet? Don’t worry! Here, in this article you will get to know everything about it. Read the information stated below. 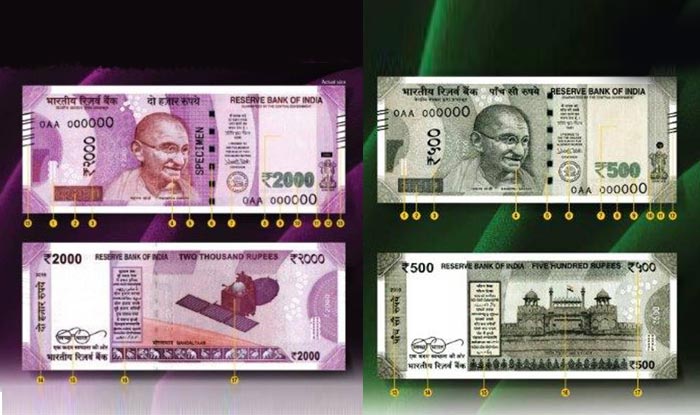 Here is the image showing the new additional features on Rs 500 and Rs 2000 bank notes.

As you can see in the above image, there are some additions in both the notes. It is explained thoroughly below.

3. Enlarged Identification Mark–The current identification mark near the left edge of the banknote has been enlarged.

There are numerous cases of fake Indian currency smuggling from Bangladesh, Pakistan, and Nepal. In addition, it has moved to some of the central southern Asian countries. Malaysia, Oman, and Thailand visited by Indians have arisen as the new centers for stocking Fake Indian Currency Notes and mixing it across India.

These new additional features of Rs 500 and Rs 2000 notes will bring up a stop on fake currency trading. When you come across a different looking 2000 and 500 rupee note, don’t think that you have been cheated.Those are the new features of both the banknotes!

Ask us a question if you have any regarding it.