Everyone is talking about the inspiring speech at Madison square garden yesterday! If you have not seen the speech till now then do watch it now! It was very inspiring. 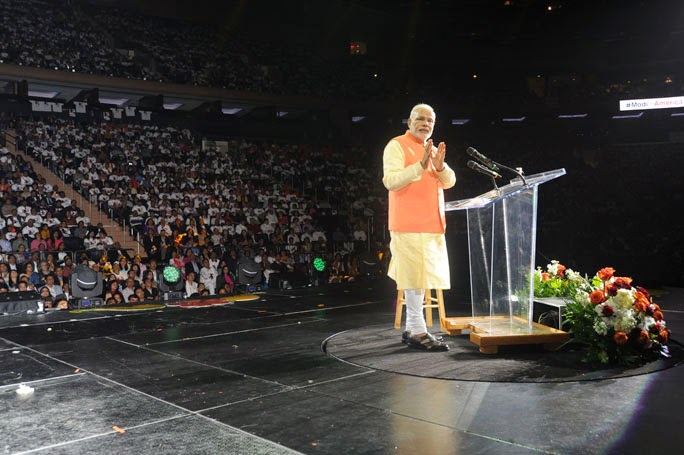 People are saying that yesterday’s speech at Madison square garden was outstanding, rare, and full of vision. It was something which we have never heard before and his speech touched everyone.

He said “The 21st century is the century of India that Indian would be surging ahead and I promise that I would deliver as you had wished from me”. He also mentioned that “India in fact is one of the oldest civilizations of the world and is the youngest nation today and we would be providing the workforce of the tomorrow. Democracy, demography and demand are the three most component which will compel India into the expansion that we would see in the upcoming years.”

Moreover, the crowd over Madison square garden was cheering him on his every sentence. NRIs were so happy and he also invited NRIs to come to India and fall in love with your motherland.

He said “I am going to make an India of your dreams”. He urged the Indian American community to join the development effort for India. In addition, NRIs gave a great response to that.

Prime Minister Narendra modi highlighted the unique combination of three great strengths that India has and they are “Democracy, Demography, and Demand”. He said that democracy is not just a system of governance but an article of confidence as well.

He said that winning the election is a great responsibility and he will do his best to make India well developed country. He added that now India has the capability, possibility, and opportunity to make the 21st century India’s century. In addition, he said that India is both the youngest nation and oldest civilization on the earth.