Good and Service Tax, popularly termed as GST is the tax levied on the supply of goods, services, and sometimes both. GST was introduced by the Indian Government in July 2017. The GST charges vary according to the stage of the product from the manufacturing stage to the final product.

Taxes on Gold before GST:

Before the application of the GST rate on Gold, apart from customs duty, people only had to pay the VAT that is Value Added Tax and Excise Duty which was 1.2% and 1% respectively at the time of purchasing gold. There were no other charges levied on the making charges. But if you are looking to exchange your old jewellery by purchasing a new one, you surely had to pay 3% tax.

How to Calculate GST on Gold?

Before working on how to calculate GST, let’s learn about the different GST rates levied on gold.

For understanding how GST is calculated on gold and gold jewellery, let’s take an example here. 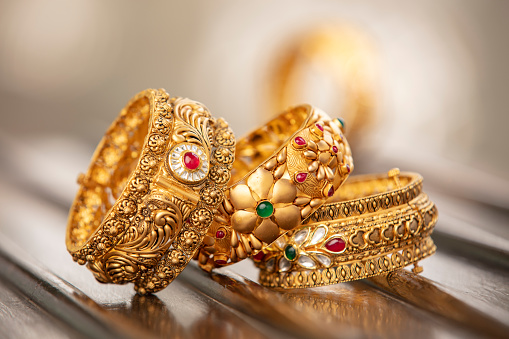 How to Calculate GST on gold jewellery?

Hence, this is how GST on gold purchase and jewellery purchase is calculated in India. The GST rate on gold ornaments is quite different from the GST rates on raw gold which should be noted. When purchasing gold jewellery, it should be understood that the GST on the stone would be different from the gold. And this should be checked along with the GST charges at the time of billing. If one is aware of the types of taxes on gold, it is much easier to calculate the GST rates while purchasing raw gold and gold jewellery.

Considering the current scenario, the increased tax rates on gold and the GST on the making charges reach around 1% to 2% increase in the total cost of the final product. This marginal addition is as per the government’s policy for reducing the deficit in the accounts of the country. By introducing the gold GST rate in India, the Indian government wants to introduce complete transparency in the accountability and organized sector in the unorganized sector.

The Indian government has already issued a list of banks, both private and public that are exempted under the plan “export against supply by the nominated agency”. The banks listed in this list are exempted from paying any amount of GST on gold that is imported. This exemption has been a great relief for various notified agencies dealing in gold. Apart from this, the rates of gold remained unaffected for other vendors.

It can be concluded that GST has surely increased the prices of gold for the end customers. The tax which was priory 2% on the gold jewellery rates, has now increased to 3%. No doubt, GST was introduced to bring accountability and transparency in the gold sector, but it has also invited unexpected results. Vendors are looking to the unauthorized gold markets and importing gold illegally or illegal smuggling of gold, particularly from the middle east which was not expected.